After publishing Revolution from Within, I was thrilled to be introduced to remaining family members of one of our heroes in the story, Paul Anderson.  You can read about this fortuitous meeting in my post Synchronicity!

The family have shared many beautiful memories with me and, in many ways, done what my extensive reading and study of the historical archives could not … namely brought so many of these people to life in all the complex and wonderful multidimensionality of what it means to be human!  I am so blessed.

Along the way, they asked if I could help decipher who the signatories were on a wedding plate their parents received from Russians at the YMCA press and the Russian Students Christian Movement.  It’s astounding!  I’ve done my best and … Continue reading →

It is amazing to see the Russian people reclaim the ideas, beliefs and worldviews elaborated by The 160 so many years ago.   Through perestroika, glasnost’, and vozvrashchenie (Return) official government change through the auspices of Mikhail Gorbachev, Alexander Yakovlev and their fellow co-conspirators inside the Communist Party combined with Dissidents’ grassroots call for transparency, free expression, and limited government — the end of State Capitalism and Totalitarian Dictatorship — has freed the “faceless collective” and shattered the concrete walls of outright oppression.

This doesn’t mean that today, all Russians, simply rush out to procure and read the vast legacy that The 160 and their predecessors created.  It simply means that they can do so!  And that makes all the difference.

As we transmute the 3-letter organizations who no longer serve us, we the people, globally… let’s take FCC.  Instead of Federal Communication Commission (which does not seem to serve the people’s interests and can’t seem to manage much) – how about this simple affirmation:

I was first introduced to this affirmation by the Russian spiritual and personalist philosopher, Nikolai Berdyaev. In his book, The Destiny of Man, Berdyaev analyzed the changing mood he saw affecting humanity during the interwar years between World War I and World War II… this was written in the midst of our last Great economic Depression:

Three new factors have appeared in the moral life of man and are acquiring an unprecedented significance. Ethics must take account of three new objects of … Continue reading → 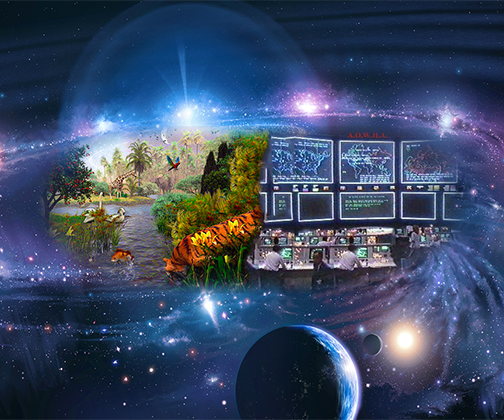 Kevin Kelly in his book out of control lists the ability to let go of control, as one of the defining characteristics of a God, because in doing so the truly unexpected creation happens.  So do some events that we may not like at an individual level.  And that experience generates in us … Continue reading →

In the interests of promoting Unity Consciousness, I had the brain-flash that presenting Western mainstream media postings side-by-side alternative and Eastern viewpoints might be revealing for all of us as we grapple with this current fascination in duality consciousness.

Duality = either / or.  Polarity = two sides of a continuum, both valid or… = both / and  I leave it to you, the reader, to discern how you want to perceive this information.  Unity = recognition that we don’t know what we don’t know and until I become you and walk a mile in your shoes, I probably don’t understand = absent limits; absent judgment!

It comes with a catch tagline:

Given the growing decrepitude of traditional hierarchical organizational models, the inability to communicate effectively across the intransigent silos, bloated bureaucracies, and the knee-jerk defensive responses like “that’s not how we do things here”, “if we didn’t build it, it’s worthless” … that are so toxic to innovation, it is not surprising that more radical approaches are now the vogue.

In one regard, it’s the technology that’s forcing enabling this.  Social technologies, super-computing grid infrastructures, cloud services, platforms and ecosystems all lend themselves to anomaly responses which call for immediate access to *that* person who knows how to address *that* problem, not tiered escalation paths designed to funnel and optimize problem resolution for 1000s of *that* problems that used to occur over and … Continue reading →

Years ago, while researching my Ph.D. thesis, I found it surprising that many of the best archival resources about Russian philosophers were not residing in Russia, but actually held at various US repositories and, of course, Paris.  Makes sense, right?  My subjects were ignominiously kicked out of Russia, so their papers, memoirs and other materials would be stored in their newly-adopted homelands…  (The story of Nikolai Berdyaev’s personal archive is actually so fascinating it would make a phenomenal thriller!)

Maynard Brichford, Archivist for the YMCA papers at University of Illinois at Champaign-Urbana was amazingly helpful to me in unearthing all the facts around what happened to our Russians, “The 160”, after Lenin expelled them in 1922.  And that’s how I happened on the tale of the YMCA Russian Division and all the amazing ways they enabled Russia’s spiritual philosophers to adapt and thrive in their new countries…  Ditto for the wonderful folks at St. Vladimir’s Orthodox Theological Seminary … Continue reading →

You have to admit, even if all of this is a construct for some seemingly unknown purpose, this is an incredible world we’re inhabiting. This spontaneous creative Force we’re engulfed in and intrinsically interwoven into is absolutely spectacular despite all the obstacles we encounter.

That there’s an invasive parasitic force at work trying to gum up the works and usurp this magnificent design and claim whatever weirdness it simulates as some sort of alternative reality is absolutely ludicrous, yet this is the contest humanity and our planetary existence finds itself in.

What is wonderful and should be the center of our focus and attention is the magnificent power of true Creation and its stunning beauty, intricacy and unlimited potential. We’re only just discovering its wonders, but as we do Creation itself becomes more manifest in new and amazing ways as we respond in conscious awareness and resultant responsive actions.

Almost two centuries ago, a Russian intellectual from a wealthy family travelled to Western Europe to study philosophy and the Arts. This really wasn’t novel or unusual; at that time most Russians of a certain class had the opportunity at some point in their lives to visit, live, travel in Europe, the Middle East, or Asia and a good number used this time studying and listening to lectures from “the Masters” (Kant, Hegel, Comte…)

So Ivan Kireevsky was in good company as he travelled through Germany and France, attending courses at the great universities along the way, resting and recharging with a multitude of his fellow countrymen at their country houses, in taverns, at clerical retreats.

Yet, despite the seemingly idyllic, luxurious surroundings of this interlude, Kireevsky returned to Russia shocked and appalled. For in the West he had encountered the Industrial Revolution at its heyday…and … Continue reading → 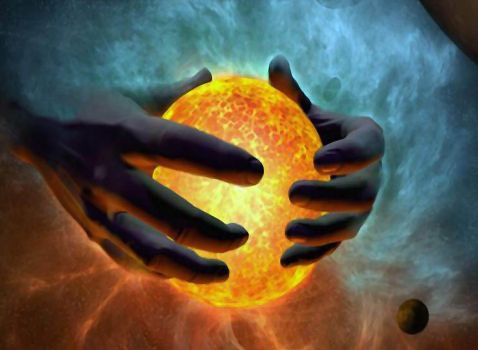 What’s stewing and brewing in this head lately is this:

A. The being called “god” has no greater power than I.

B. I am the Master of my life, responsible for all of it.

I think that answer may be found in belief, aka knowing.

Although I stopped kneeling to any god as soon as I left my family of origin, I operate at times with hesitancy; struggling and searching for that one thing/person/moment/institution/situation with only my best interests at heart, that/who is capable of caring for them (my best interests) and making it all better.  This is what humans do.

If I were a god being I would simply get it done (my best interests).  I would know … Continue reading →